Every Friday from 8–11 p.m., the University Y hosts Young Adult Late Nite — a free program open to anyone between the ages of 18 and 26 with a state-issued ID.

A variety of drop-in activities, including access to the gym equipment, rock wall, basketball court, video games and food are offered for attendees. The program at the UWY has grown since its start in April 2016 — when there was a turnout of only 15 individuals. The events now average 40 participants each Friday.

The Late Nite Program is offered at other YMCA branches and is primarily designed for youth between the ages of 14 and 18. However, the UWY is unique because it is the only Late Nite in the YMCA of Pierce and Kitsap counties to serve the 18–26 age demographic, largely inspired by the massive student population living around UW Tacoma.

One of the values of UWT is diversity, and this Late Nite program serves as an inclusive space which encourages just that.

“We have had a lot of people that come in from very different backgrounds through Late Nite and that’s what is so great about it,” said Zack Shea, Health and Well-being Director of the UWY.

Shea shared that there has been not only students, but also nearby community members, including homeless individuals, that come together in this program, fostering companionship and allowing conversations about their futures outside the YMCA.

“When we’re a part of a program and we’re providing resources that are helping these people, it’s a sharper learning curve,” Shea said. “It’s really great to see people progress and come back every week because they want to get better.”

The amount of gender diversity has increased over the past few months as well. Initially, participants were mostly men that came in, but the program has recently seen a larger turn-out of women. A group of Pierce College female basketball players have also been participating and utilizing the court.

Attendees can expect to be welcomed with free pizza and food sponsored by the Hub. The Hub’s generosity in providing free food for the program highlights the importance of community sponsorships.

“For some of the individuals in the program, the pizza is their first meal,” Rai Nauman Mumtaz, Community Outreach Coordinator and Building Supervisor of the UWY, said.

It is realizations like these that show the great impact both the program and its sponsors are having on the young adults and community members that attend.

Nauman also shared several other success stories from the program, including the continuance in participants interacting with the community even after success outside of the program.

“About two months ago, we had many participants that were a part of the younger late nite program who ultimately graduated, got basketball scholarships [and] are currently playing in division one schools,” Nauman said. “[They recently] came back to the late nite program and played with the youth that are currently in the program.”

For those in charge of the program, it brings validation to their efforts seeing people go through the program only to return and interact with the group they were once part of. According to Nauman, this “shows the kind of community building [they] are trying to emphasize.”

Both Nauman and Shea firmly believe the program is pivotal in providing a positive place that young adults in Tacoma can interact and develop.

Future events held at Late Nite include athletic tournaments such as badminton, volleyball and basketball. Nauman and Shea would also like to integrate more academic career readiness activities within the program through academic workshops on both apprenticeships and seeking employment. They do this in the hopes of inspiring individuals to think about their futures outside of evenings at Late Nite. 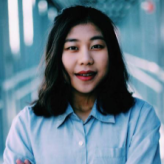 Opinion: Legality does not equal morality