As the inaugural film for my Tacoma Film Festival run, I hoped “Trespass Against Us” would be a treat to behold. However, this Michael Fassbender foray only left me disappointed. Throughout the film’s 99 long minutes, so much action and drama ensued, yet I wondered why any of it needed to 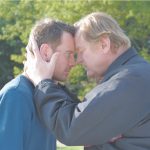 happen in the first place. The film neither bothered to explain any backstory as to why the characters existed in their current state nor did it explain any character relationships in adequate detail. I felt like I dove into an original Netflix drama without watching the first four episodes. A lack of tangible backstory led to a lack of any clear character motivation — they just went about their business for the sake of doing it. A police dog — the true hero of the film — upstages the entire human cast by having the only clear motivation of any character: catching the bad guy and biting him. A mishap involving the dog was the only moment in the film that actually made me feel any empathy. Overall, “Trespass Against Us” combines shallow characters, convoluted tones and meandering pacing into a disappointing mess that a talent like Michael Fassbender couldn’t even salvage. The few bright spots of the experience included a heroic police dog, some fun action, humorous banter and the warm hospitality of Tacoma Film Festival volunteers.

“The Ballad of Ella Plummhoff” exists as the shining star at the end of the cavalcade of self-seriousness, excruciating scripted awkwardness and general thirstiness. Yes, “The Awkward Years” means a bunch of short films about adolescent romantic angst and, because this is film, that means a bunch of dudes hitting on girls. But if you can endure eye-rolling at gender roles, you’ll be treated to a half-hour quirky, romantic comedy that doesn’t force either of its aspects. The titular Ella, played by Inga Dreger, is an academically-struggling 8th-grader surrounded by an uppity seventh grade tutor, a pencil moustache-equipped ballet teacher whom she lusts for and the live-action version of Charlie Brown parents.

A German film, “Ballad” is subtitled throughout, but the child actors’ performances are so convincing — and the adults’ so exaggerated — that nothing is lost in translation. Least so the cinematography, as a creative directorial eye brings visual interest out of even the mundane. There is something to be said about the juxtaposition of bland German countryside against the cast’s eccentric dress. Simon, the ballet instructor, is governed by his flowing locks and lavender, deep V-neck shirt. While Ulrika, the tutor, wears the blouse of only the most chaste 20th century librarian, with comically-oversized glasses to complete the ensemble. With a strong ending as well as some tolerable parts throughout, I recommend taking a chance on “The Awkward Years” — if you can handle a shot of social anxiety straight to the heart.

These short films — “The Board,” “I Am Virgin,” “Jewish Blind Date,” “Wannabe,” “Walking Home” and “The Ballad of Ella Plummhoff” — will be playing once more on Wednesday, Oct. 12 at 2 p.m. at The Grand Cinema.

“Family Dynamics” sounds like a sitcom starring — or at least written by — robots, but in actuality is a pretty excellent collection of short films. Despite a couple trite selections at the outset, several excellent films stand out from the crowd.

“Borrowed Time” is a visual treat — an animated film set in the Old West that doesn’t stray away from the subtle, beautiful colors found in nature. The visual storytelling works so well that I was surprised when the voice acting cut in. Even without subtitles, “Borrowed Time” could convey the same emotions to anyone speaking any language around the world — no small feat.

“Discipline” is about a young girl, who insists on buying candy at a convenience store, and her father, who slaps her for it. This starts a, let’s say, discussion of contemporary French social and political views. “Discipline” tempers its politics with competent acting and direction, resulting in one of the better convenience store arguments on film. 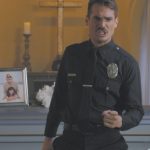 “Thunder Road” — a short film about a policeman’s eulogy of his mother — is probably the closest a movie can come to stand-up without a weirdo with a mic onstage (it has one of those too). Titled from the Springsteen song, “Thunder Road” is decidedly a comedy and consists of a single continuous shot of the mother’s funeral. Writer, director and lead actor Jim Cummings’ bizarrely-compelling performance carries the 13-minute short. This film caps off the screening, proving an appropriate way to bring the audience up from some of the more emotionally-trying shorts.

“Family Dynamics” is playing once more at The Grand Cinema this Wednesday, Oct. 12 at 4:15 p.m. In addition, “Thunder Road” can be viewed for free at vimeo.com/174957219. Access to “Discipline” is available for $3 at vimeo.com/ondemand/discipline.

I am a disloyal Democrat

Why the revived corpse of Sonic Xtreme gave me the feels