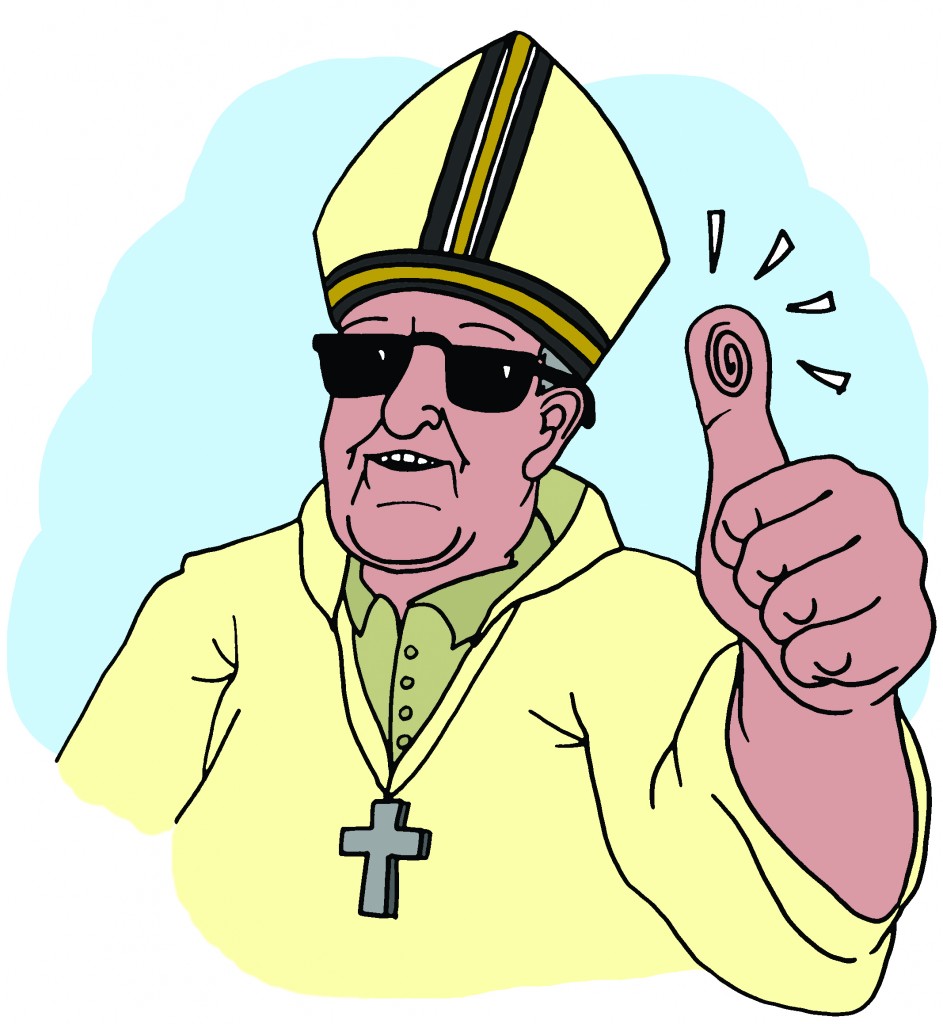 As the oldest bureaucracy in the world, the Roman Catholic Church has always clung to tradition and ritual.  On March 13, 2013, in Vatican City, Rome, Catholic cardinals elected Cardinal Jorge Mario Bergoglio of Buenos Aires to become the next pope.  Cardinal Bergoglio renamed himself Pope Francis.  People all over the world approved of the new pope, characterizing him as a champion of the poor and a person who understands other faiths.

Although the Catholic Church maintains tradition, Vatican sources have revealed that–contrary to popular belief–Pope Francis will break away from tradition on certain issues that have bothered the Church over centuries.

One issue is same-sex marriage.  According to Vatican sources, Pope Francis points out that Jesus says nothing about homosexuality in the Bible.  Therefore, the Catholic Church cannot condemn homosexual acts in the name of Jesus.

I agree with the pope.  In the edition of the Catechism of the Catholic Church I used when I attended Catholic school, I read that the Church condemns not homosexuals, but homosexual acts.  If it is not a sin to be a homosexual, why would it be as sin to act homosexually?  Is that to say a loving gay couple cannot make love, even within the bond of matrimony?  Sure, one may say, “Hate the sin, but not the sinner,” but homosexuality cannot be a sin since Jesus says nothing about it.  The Catholic Church is supposed to uphold the law of Jesus Christ.

I appreciate Pope Francis’ honesty about as to why the Catholic Church really forbids women from entering the priesthood.  Back in Catholic school, my priest teacher handed the class a list of reasons as to why women cannot become priest.  (I attended a co-ed Catholic school.)  One reason I remember clearly is this: Jesus was a man and chose only men to be his apostles; priests are supposed to be like him and his apostles. So what if women want to be like Jesus?  When asked, most people would say Mother Theresa was the most influential servant for Christ.  But just think of how much more she could’ve accomplished had she been a pope.  She would’ve been a great pope.

No one really knows the reasons behind the radical changes in Pope Francis’ viewpoints and relatively soon-to-be changes in the Roman Catholic world.  Maybe his time spent with the poor and people of other faiths has made him realize that the Church needs to adapt to the 21st Century.

Library Late Fees: Why I'm Not Going to Pay Them