As we’re all subsiding from our turkey comas, the impending anxiety of holiday gift giving is beginning to reveal its presence (blame the commercials). Don’t fret. There are many gift options out there that will make this holiday season an enjoyable experience without the stress of buying gifts for all 23 extended family members, even the ones you don’t like. One easy and inexpensive option is a book. Everyone likes to read. Whether it is a picture book or classic fiction, a book is a great way to please all interests. In this Top 5, I have provided a list of books that will appeal to a number of people, whether it is a Dad, Mom, younger sibling or even creepy Aunt Guinevere.

Life of Pi by Yann Martel is a contemporary fiction novel that was published in 2001. This novel is centered on the character of Piscine Molitor “Pi” Patel as he explores spirituality throughout his life. The novel is divided into three sections. In the first section, an adult Pi reflects on his childhood as the son of a zookeeper in Pondicherry. In the second section, he and his family, as well as some animals from their zoo, embark on a journey to Canada on a small Japanese boat to escape political upset in India. The second section is the longest and focuses on Pi’s survival sharing a boat with a Bengal Tiger after their boat is capsized during a storm. During his survival, he learns to coexist with the tiger. In the third section of the novel, he is rescued and eventually reaches Japan. The author wrote this novel in a state of personal hiatus and loneliness and these issues are clearly defined in the protagonist but Pi came out clean on the other side and by writing this novel, the author may have as well. 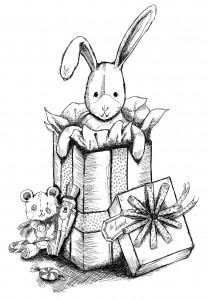 “The Velveteen Rabbit” by Margery Williams was published in 1922 but has been re-published countless times over the years, making it a children’s favorite. This picture book is about a young boy who creates a special bond with a velveteen rabbit he receives as a Christmas gift. One may think this story is about the young boy but it’s actually about the rabbit and his quest to become real through the love and affection of his owner. However, situations turn for the worst as the boy develops scarlet fever and has to leave for the coast leaving the rabbit to face difficult decisions. This heart-warming and inspiring story has been read to children for decades and has been adapted to the silver screen numerous times, making it a true classic in children’s literature.

“A Christmas Carol” by Charles Dickens was published in 1843 and has been a holiday favorite among all generations. Many know of the famous tale of Ebenezer Scrooge and his ultimate transformation from a miser to a heart-warming charitable man. This transformation was brought on after Scrooge was visited by the ghosts of Christmas Past, Present and Future on Christmas Eve, each showing him glimpses of his past, present, and future. This classic story captures the true holiday spirit of giving and receiving the ultimate gift of love.

“The Zombie Survival Guide” by Max Brooks was published in 2003 and entails exactly what the title suggests. Brooks provides the reader with a step-by-step survival manual in case of a potential zombie attack. This humorous and witty book contains detailed plans for the average citizen in how to defend against zombies as well as how the “virus” spreads and describes cases of zombie outbreaks throughout history. This book will be a fun read for a lot of people who don’t take themselves too seriously.

“Smile” by Raina Telgemeier was published in 2010 and is a graphic novel that is based on the author’s experiences of wearing orthodontics and accounts her childhood and early teen years from sixth grade to high school. After a traumatic trip and fall accident Raina is forced to go through several years of extensive dental and orthodontic surgery and is subsequently bullied by peers. This book is not just intended for adolescents because it is a genuine story of perseverance that readers of all ages can relate to.

Nothing Dishonoring About Dishonored