For graduates, the coming weeks will be profound. When at last you put your pencil down after that final final exam or when you hit the save button on that last term paper, years of academic determination will culminate into a moment of bemused relief. Over the next few weeks, or even months, a wide range of emotions could visit you as you end this chapter of your life, but one thing is going to be certain: you’re going to have a hell of a lot more time on your hands.
I know, because in the interest of putting this guide together, I finished the last of my coursework at the end of Winter Quarter back in March. (Truthfully, I had no idea that I was in-fact finished.)  Not surprisingly, I have found that movies are a reliable option to deal with that burden of freedom as well as all the moods that have accompanied the paramount change in my life. So here, I offer advice for the types of moods you may experience over the next few weeks or even months, as well as a smattering of movies to help navigate them.
For me, it all began with a week of complete exhaustion. I was so sleep-deprived and my brain so depleted that all I could seek was some comfort. Sports are soul food to me, so it’s easy for me to take-in favorites such as the noir boxing drama, “Body and Soul” (1947), or eternally funny baseball hits like “Bull Durham” (1988) and “Major League” (1989). When I’m stressed, it can be easy to revert back to my childhood, and I for easy chuckles I can rely on the lighthearted simplicity of Charlie Brown, Lucy, Snoopy and the rest of the posse in feature movies like “A Boy Named Charlie Brown” (1969) or “Bon Voyage Charlie Brown (and Don’t Come Back!!)” (1980). 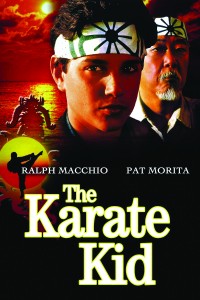 As I begin to regain my senses a bit, I can handle the clever and outrageous humor in Steve Martin’s “The Jerk” (1979) and the classic British comedy ensemble, Monty Python, especially in “Monty Python and the Holy Grail” (1975), or even the less-parroted “Monty Python and the Meaning of Life” (1983). The Brits also have a knack for atmospheric and melancholic period dramas, one of which I got into was the Jane Austen adaptation of “Sense and Sensibility” (1995), or I can veg-out to the brooding TV series “The Grand” (1997-1998) about a hotel during the inter-war years, as well as the more modernized and very Byronic “Sherlock” (2010 – ).
At some point after recovering, a sense of achievement about what had been accomplished emerged. When you get there, take pride along with one of the most accomplished movie characters of all time in “Forrest Gump” (1994). Once again sports provide a good background for our process, and “Rudy” (1993) will have you chanting with the teary-eyed joy of victory. Some good movies that specifically celebrate students, teachers, and academic endeavors include “Dead Poets Society” (1989), “Finding Forrester” (2000), and “Madadayo” (1993), Akira Kurosawa’s epic and bittersweet coda about the long and impassioned life of a fictional man of letters. Not that sentimental? “The Karate Kid” (1984) may be the perfect manifestation of all that glory and ass-kicking.
It’s not very long after closing all the textbooks that one feels the urge to go completely nuts, twist-and-shout, raise-ceiling, party-hardy, or all of the above. Every impulse toward freedom and mischief will find its ultimate validation in the debauchery of “Animal House” (1978), the dazed reconstruction of epic-ness in “The Hangover” (2009), or take your daziness more literally and watch the star-fueled and aptly-named high school comedy, “Dazed and Confused” (1993). 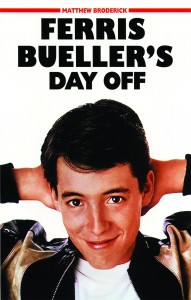 It’s also easy to resurrect youthful irreverence of the 80s by watching “Ferris Bueller’s Day Off” (1986), or bring back all that was dope and fly about the 90s just by bumping Kid and Play’s “House Party” (1990). Though, perhaps the cream of education-themed comedy is still the geeks of “Revenge of the Nerds” (1984). One quality sleeper is Spike Lee’s “25th Hour” (2002); filled with tremendous performances, the movie evokes something like a rave as time winds-down during Edward Norton’s last night as a free man.
Hopefully you’ll move right from here onto a post-graduate path filled with vision and ambition, but for me, the future lies in a mist of uncertainty. Of course it’s not the worst problem to have, but it’s some comfort to watch a movie that “knows just how you feel.” In the early 2000’s, financial difficulties and broad disillusionment became somewhat widespread among youth in Japan (sound familiar?) and this volatile sentiment is captured in the dark, yet exciting “Bright Future” (2003). Another masterpiece set in Japan is Sofia Coppola’s “Lost in Translation” (2003), where Bill Murray and Scarlett Johansson navigate the seeming absurdity of middle-aged life. Crisis is the theme of Coppola’s latest poignant release, “Somewhere” (2010). In “Groundhog Day” (1993), that livewire Murray is at it again, and again, and again until he can find real meaning in life. In the existential yet very realistic “About Schmidt” (2002), Jack Nicholson exemplifies that even retirement and an AARP card can’t promise immunity from identity issues. 25 years earlier, Nicholson scooped an Oscar for helping viewers learn to revel in instability in the classic, “One Flew Over the Cuckoo’s Nest” (1975).
Onward we will go, I believe, into our lives and the confidence to do so is reflected in some of the best that cinema has to offer. When it comes to inspiration, Robin Williams and Matt Damon deliver the goods in “Good Will Hunting” (1997). (Sorry, there was no way out of that pun.) Despite the disenchanting ending, I think Spike Lee helps us consider what it means to be ethical and righteous in “Do the Right Thing” (1989). (Sorry, I can’t control it.) Muses for real-life change are plentiful in influential biopics like “Gandhi” (1982), “Erin Brockovich” (2000), and “The Miracle Worker” (1962) (about Anne Sullivan and Helen Keller). One movie which I am thankful to have seen early on and to be able to share here is “Ikiru” (1952) by Akira Kurosawa. It’s painfully melancholy, but there is no movie like it that searches the soul of humanity. It asks, what, in the end, will our lives have been for and amounted to? There aren’t any adjectives that can adequately describe the meaning this movie can confer to each of us laboring at life.

Image of “The Karate Kid” courtesy of Columbia Pictures.

Image of Ferris Bueller’s Day Off courtesy of Paramount Pictures.