The seventeenth issue of UWT’s annual literary magazine, Tahoma West, hit the stands on May 31. The new issue is roughly the same size as last year’s and contains 123 pages of original works by students.

The magazine’s budget comes from student fees, like the Ledger, and readers are now able to enjoy the investment.

Editor-in-Chief Rachel Ervin said the process of creating this issue was a little more selective this year due to the high amount of submissions.

One piece, entitled “What to Say” is a collaborative effort of various students contacted through English professors. Ervin said that the prompt was suggested by UWT’s Chancellor Debra Friedman and writing professor Michael Kula. The idea was inspired by the work of Kwame Dawes who worked with NPR to create a piece of collaborative poetry through mediums like Twitter. “What to Say” was compiled and edited from 65 entries by Advanced Poetry Writing Professor Janie Miller so that everyone had a final voice in the poem in what she described as a very natural, synchronistic process.

Nicholas Stillman submitted his cyberpunk fiction to the magazine, which he said he made with the help of peer writing groups like Critters.org.

You can pick up a copy from various locations on campus or at their office located down the hall from the Dawg House Cafe in the Mattress Factory building.

Tahoma West, like the Ledger, is hiring for next year. Currently enrolled students who are interested in editing fiction, non-fiction, poetry, or other content should send a message to tahomaw@uw.edu. Next year’s editor-in-chief Jake Darneille also mentioned he is looking for layout and marketing/events staff.

Current editor Rachel Ervin also mentioned that they’re gearing up for events during fall quarter and are looking at a very full calendar.

In the meantime enjoy a few short selections from the new issue, including some pieces by Ledger workhorses Vincent Dimson and Danielle Burch.

An amateur poet writing
an extended metaphor poem
is like an amateur erotica author writing
an extended sex scene.
Does length really matter?
Ten lines? Eleven lines? Thirteen lines!
The woman is not impressed by his extended metaphor,
saying his metaphor is about as extended as a
haiku.
She would say
heroic couplet,
but there is nothing “heroic” about his metaphor.
The man says, in jest,
“My balls are a ‘heroic couplet.’ ”
And the man continues, saying, “Now that’s a metaphor!” 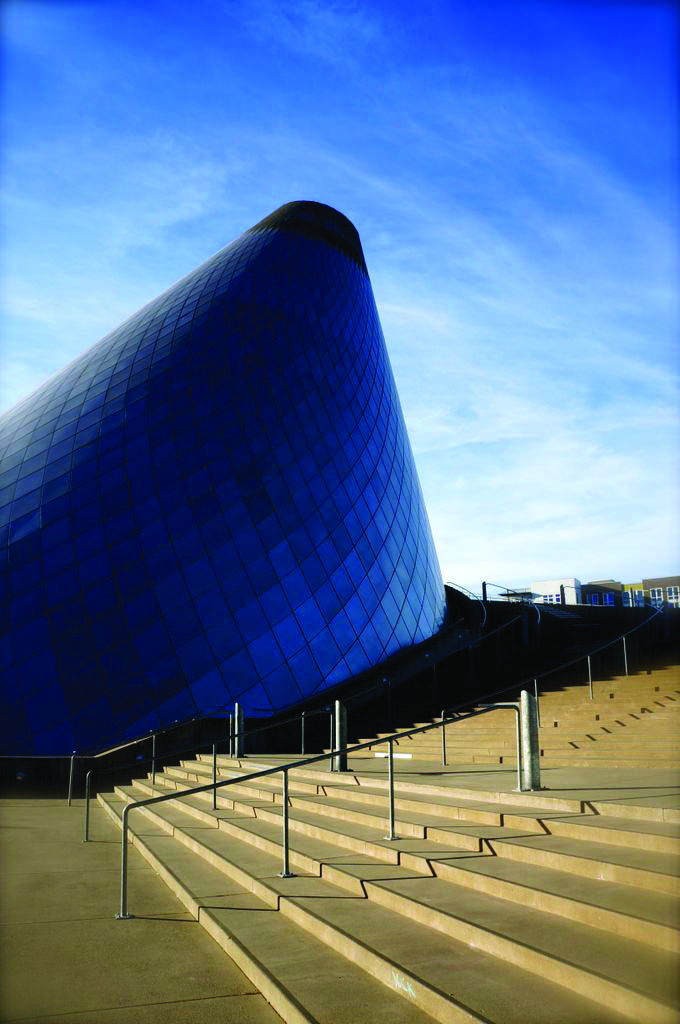 Photo of the Museum of Glass by Richard Goetz.

Image at top of page from Tahoma West cover art by Danielle Burch.

The Port-Graduate Survival Guide: Films to Get You Through the Next Few Months

Campus vandalism to be a costly repair