Many people seem to associate fairy tales such as “The Little Mermaid” and “Princess and the Pea” with the large conglomerate called Disney. However, many don’t know that fairy tales that Disney reproduce and mass-market were actually written decades ago by articulate writers such as Hans Christian Andersen who wrote the two fairytales mentioned above and many others such as “Thumbelina.” Unbeknownst to quite a few dedicated Disney fans, many of these fairy tales did not usually end happily and were often quite visceral in nature. But we won’t go too much into detail. I’ll save those macabre particulars for another time. 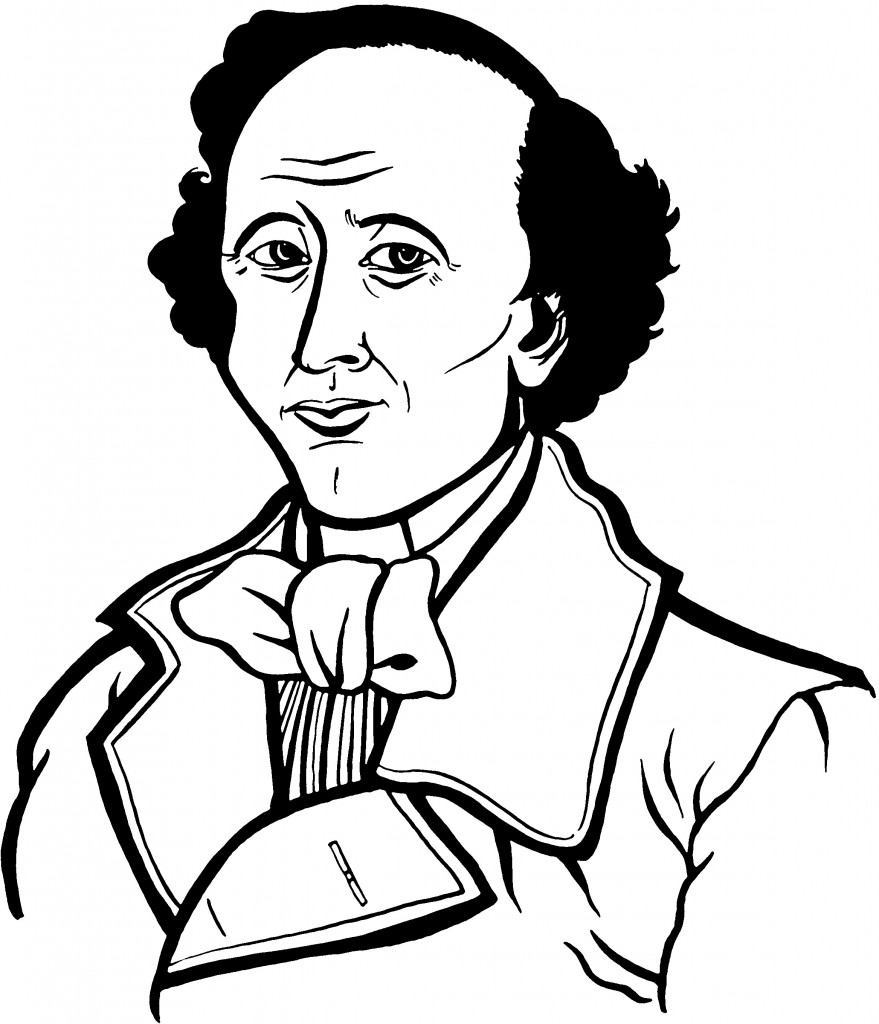 Danish author and poet Hans Christian Andersen was born on April 2, 1805 and passed away in 1875 at the unusually old age (for that time) of 70 years. Although Andersen was a prolific writer of plays, travelogues, novels, and poems, he is best remembered for his fairy tales. He was born in the town of Odense, Denmark to a fairly educated father and an uneducated mother who worked as a washerwoman. There have been speculations made that Andersen was the illegitimate son of King Christian VII. This has not been proven to be correct but nevertheless King Christian VII took a personal interest in young Andersen and paid for a part of his education.

Andersen’s father had received an elementary education and was the first to introduce Andersen to literature, reading him “Arabian Nights.” Although they were very poor, his father used to take young Andersen to the local playhouse and nurtured his creative side by making him his own toys. Unfortunately, Andersen’s father passed away when he was only 11 years old and he was then sent to a local school for poor children, where he would receive a basic education and was forced to support himself by working as a weaver’s apprentice and then later as a tailor. At the age of 14, he moved to Copenhagen to seek employment as an actor. Andersen had an excellent soprano voice. He was therefore accepted into the Royal Danish Theatre but his voice soon changed so his singings days were short-lived. However, a colleague at the theatre insisted Andersen was to be a poet and having taken this suggestion seriously, he began to focus on writing.

Jonas Collins, the same colleague who instigated Andersen to write, also felt great affection for him and offered to pay the expenses for his further education. Under the patronage of Jonas Collins, Andersen attended the Copenhagen University which were formative but difficult years for him. Coming from a humble upbringing, Andersen experienced difficulty adjusting to the bourgeois life in the capital city as well as the competitive realm of the theatre. Shortly after finishing his studies in 1827, Andersen began writing professionally and published his first poem “The Dying Child” in the “Copenhagen Post” in 1827. However, it was in 1835 that he wrote the first installment to his famous collection of short stories entitled “Fairy Tales.” His first attempts in writing fairy tales were rewrites of stories that he had heard as a child but Andersen bought this genre to a new level by writing a variety of fairy tales that were both bold and original. Initially, the fairy tales were not recognized in the literary world because they were often difficult to translate therefore many critics at the time failed to understand Andersen’s dark humor that was prevalent in many of the fairy tales. However, at the time he was receiving acclaim for his novels “O.T.” and “Only a Fiddler” published in 1836 and 1837, respectively.

1845 was a pivotal year for Andersen bringing him due recognition for his collection of fairy tales with the publication of four different translations. Andersen continued to write fairy tales and published them in installments until 1872. Andersen’s romantic life was wrought with heartache because he often fell in love with unattainable women and was refused many times by his love interests. Instead of spiraling into depression, Andersen harnessed such affections and incorporated them into poetry and many of the novels that he later published. He was also a great friend to fellow literary mastermind Charles Dickens. The two respected each other’s works and had similar depictions of the poor and underclass in their writing through related experiences during the Industrial Revolution.

In the spring of 1872, Andersen fell out of his bed and never fully recovered. Soon after this incident he started having signs of liver cancer and passed away in 1875 in the home of his close friend in Copenhagen. At the time of his death, Andersen was treasured internationally and a statue was made of him in Copenhagen. His stories laid the groundwork for other children’s classics such as “Wind in the Willows” by Kenneth Grahame and “Winnie the Pooh” by A.A. Milne because they allowed the gradual flourishing in the genre of children’s literature. In many parts of the world, especially the West, his fairy tales remain immensely popular and are widely read. Andersen’s birthday is celebrated as International Children’s Book Day and a $13 million theme park was built in Shanghai in 2006, commemorating the writer’s life and fairy tales. In the U.S. many statues can be found of Andersen in places like Central Park in NYC and Chicago’s Lincoln Park.

Andersen is truly a celebrated writer around the world because he was a man who overcome poverty with humility and dignity and introduced the literary genre to the inspiring magic of fairy tales.

The Glitchology and Urban Legends of 'Pokemon'