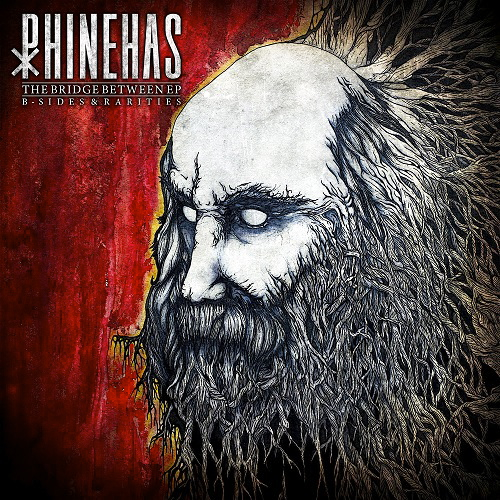 When you think of heavy metal music, the first thing that comes to mind is not acoustic guitars and vocalist singing. Southern California mustache metal band Phinehas released their new acoustic EP entitled “The Bridge Between” this month. The EP is primarily an acoustic album, but Phinehas still kept it metal and rerecorded some of their old songs. The first two metal tracks “Panhammer” and “Well If the Earths Are Stopped, then the Fox Faces the Hounds” are from their first EP in 2009, before they were signed to Red Chord Records in 2012. These new recordings are a breath of fresh air from the first recordings. The first EP is very much a garage album. The songs are raw, rugged and gritty when you listen to them compared to the new versions. The new versions are very mature and have a far superior production quality. The third song entitled “David and the Gate” is an old song that was never officially recorded and only played live until this EP. This is most likely due to member changes between 2009 and 2012. All the metal tracks on this EP are very melodic and energetic. These songs are indeed mosh pit and mustache worthy.

The shinning jewels of this album are of course the acoustic tracks. The songs “Pattern In Pain,” “Crowns,” and “The Wishing Well” are actually acoustic versions of the prominent songs from their last album “The God Machine.” What’s refreshing about these acoustic versions of their songs is that they take on a whole new identity from their metal counterparts. They are not just carbon copies of the original songs on acoustic guitar. The greatest part about this album is this band’s attention to melody and harmony. The vocalist singing is very smooth and inviting. The vocal harmonies are very soothing to the ears. The albums acoustic sound has a rich, yet warm ambiance that embraces the listener. The song “The Wishing Well” is accompanied by a beautiful piano part that is playing the original tracks lead guitar parts. This album truly only has one brand new song called “Endkindler.” This track alone proves the amount of talent and diversity that this band possesses. Being the bands first official acoustic song, it makes them much more then your average mustache metal. During this song, you can get the spirit of the entire album through one line, “If the world gets cold, then why don’t we build a fire.”

“The Bridge Between” distinguishes Phinehas much more then just a metal band. A person who doesn’t like metal music could definitely find this album appealing, which will ultimately broaden metal’s audience. The only downside to this album is that it makes you want more since this album is mainly rerecordings and new versions of old songs. In the future, it would be an excellent move for Phinehas to record an entire album of new original acoustic songs; I give this album a 9/10. Be sure to check out Phinehas on their Facebook https://www.facebook.com/Phinehasrock and pick up “The Bridge Between” on iTunes.