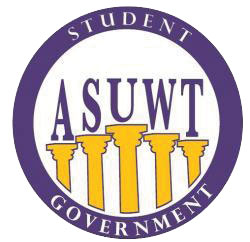 With new members and fresh ideas, the ASUWT team is gearing up for the 2012-13 school year. Their first meeting in mid-July appointed new office manager Samantha Ya and Chris Martinez joined the Judicial Board.

Aside from tentative autumn event plans, a big topic of discussion was the issue of UWT professor Dr. Lee West’s impending deportation. Dr. West, in the Interdisciplinary Arts and Sciences department, was given notification in March that although he had previously been approved by the campus’ hiring committee to stay on as staff for the upcoming year, he wouldn’t be able to work, and the limitations of his visa would require him to leave the country before August 31, 2012. In late April, the Chancellor held two forums on campus explaining that extending Dr. West’s E-3 Temporary Visa wasn’t legal, although later admitted the problem of rehiring the professor was at the university’s level, not U.S. immigration. An E-3 is an Australian Visa allowing its holder into the US to “work temporarily in a specialty occupation.” Miscommunication between concerned students and the Chancellor evoked ASUWT’s involvement in the matter, although with no resolution in sight, no official statement has been made from student government.

“Personally, as a Senator,” Kelly Mooney said, “I want students to know that their voices and concerns are heard.” Senator Mooney has been the person of contact for discontented students, of which many have approached her with concerns about losing an esteemed professor. Dr. West told members of ASUWT that keeping him on is legal according to the International Scholar’s Office (ISO). According to conversations with J.W. Harrington, Vice Chancellor of Academic Affairs, Dr. West was let go for reasons other than his residency status. Mooney stated that ASUWT strives for “open and honest communication” between students and administration, and that she would have liked to have seen more collaboration between ASUWT and the faculty regarding Dr. West.

Comments allegedly made by the Chancellor about the issue of deportation also sparked student confusion and irritation about the issue. Currently, ASUWT senators are writing personal letters to the Chancellor with their concerns about Dr. West’s impending deportation, and are encouraging students to do the same. With his departure deadline the end of this month, Mooney is asking that students email their letters to asuwts4@uw.edu as soon as possible.

The Scene is Not Dead