Since 2003, Tacoma has celebrated Chinese New Year with a culturally beloved tradition known as 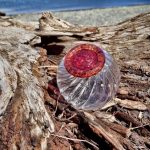 Monkeyshines. A scavenger hunt for hidden hand-blown gleaming glass balls, medallions and glass stones are scattered all around Tacoma to be found by the community. Originally, the simple project was created by the anonymous Ms. Monkey and her crew of glass artists to bring joy to Tacoma during rough times. The community loved it and wanted more, and a new Tacoma tradition was born. Even the mysterious Marbleman has been popping up in the past couple of years with his handmade glass marbles to add to the thrilling treasure hunt.

WHAT EXACTLY IS MONKEYSHINES?

A local artist, who goes by Ms. Monkey, started the tradition back in 2003. Every year, Ms. Monkey and her crew create hand-blown glass art such as orbs and medallions stamped with the animal symbol that corresponds with the given year’s Chinese New Year’s zodiac sign. The glass artifacts are then hidden throughout Tacoma in places such as parks, monuments and other well-known public areas.

The first day of Monkeyshine is aligned with Chinese New Year. This year, the first 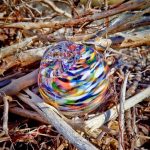 day to start searching will be Feb. 16.

WHAT TIME DOES THE MONKEYSHINES SCAVENGER HUNT START?

Many people will start hunting as early as 6 a.m. on Chinese New Year. The hunt will go on until all the glass artifacts are found. This could take weeks or even months. Rumors are, Ms. Monkey still has glass art hidden from 2005 that remains to be found.

Monkeyshines are hand-blown glass art which can range from colorful orbs, medallions and even marbles.

HOW MANY MONKEYSHINES ARE HIDDEN EVERY YEAR?

HOW MANY MONKEYSHINES ARE WE ALLOWED TO TAKE?

Ms. Monkey and her crew ask that you should only take one so others have a chance to find some, too. If you’re lucky enough to find more than one, re-hide it for the next person; remember, sharing is caring.

WHERE TO LOOK FOR MONKEYSHINES?

Some hot spots to start scouring are popular parks such as the Chinese Reconciliation Park and Wright Park, but beware as these places are often packed. Although, if you want to start somewhere more 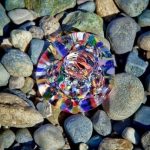