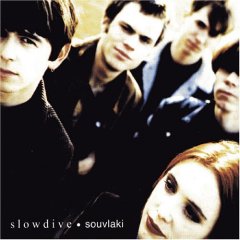 If you are looking to turn your rainy day drive to school into a ride through the middle-distance of space, then the 1993 album, “Souvlaki” by Slowdive, is your new jam.

When listening to songs like ”Alison,” just close your eyes and the abrasive sounds from the guitar will take you far above the planets while the angel-like sounds coming from vocalist/guitarist Rachel Goswell sends you straight to heaven. With producers like the ambient Godfather  Brian Eno, it’s no wonder this album perfectly captured this euphoric sound.

In 2005, the album was remastered and another disc was added with songs like “Some Velvet Morning,” a cover of Lee Hazlewood and Nancy Sinatra’s psychedelic country classic that was way ahead of its time. Even though the lyrical content in this album is superior, one may never quite make out the actual words. That is far from an issue due to the storytelling done by instruments that so eloquently interpret bittersweet sympathies.

The history of Tacoma’s metal scene: The '90s

There’s nothing to fear but- HOLY COW WHAT IS THAT THING!?