The third annual Womxn’s March on Seattle saw thousands march on Jan. 19 through downtown Seattle, kicking off a three-day weekend of workshops and training sessions fo­cused on community, protest and activ­ism. Marchers held up countless signs that illustrateding their protest of Presi­dent Donald Trump and his current administration, as well their solidarity with communities who are impacted by our present political climate.

Beginning with a rally in Cal Anderson Park at 9 a.m., attendees gathered to hear several powerful women speak about the greatest threats and triumphs within the community during the past year. After the rally, attendees started their march for over 2 miles, concluding at the International Fountain at Seattle Center.

The first Womxn’s March on Seattle in 2017 was held on Donald Trump’s first full day of presidency in order to protest the Trump administration and its threat to civil, reproductive and human rights. Today, the Womxn’s March continues it commitment to improve the lives of all.

While the Womxn’s March in 2017 attracted around 150,000 people, this year’s march only expected about 10,000 people. Lisa Sprink, Womxn’s March or­ganizer, felt the difference in crowd size would not detract from the protest.

“This is more than just showing up and marching,” Spink said. “It’s really about committing to doing the work within our own community and fighting this fight for decades.”

Among the thousands of marchers in downtown Seattle were also many com­munity and political leaders, including Seattle Mayor Jenny Durkan.

“It’s so incredible to see everyone out today for the Womxn’s March in Seattle,” Durkan said in a tweet. “We can’t build walls —- we have to build bridges. Seattle is marching today to say we are stronger when we come together for inclusion and equality. We are delivering a message of hope and unity.”

This year, the Womxn’s March on Seattle changed their name in order to show solidarity with the trans commu­nity and promote intersectionality. For the thousands of marchers, the inclusiv­ity of the protest was important.

“The power is in the people, in the numbers,” marcher Haley Courtney said. “It’s for equality. Not just for women, it’s for everybody. Men, women, bisexuals, gays, trans, for everybody.”

The Womxn’s March 2019 concluded at Seattle Center with several “Activism 101” workshops, which aimed to encour­age and educated marchers. 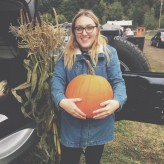 Opinion: Are we comfortable with women in positions of power?

Opinion: We must separate political conversations from the platform of pop culture icons